An Interview with One of Our Founders

An Interview with One of Our Founders

Recently we sat down and recorded a Q & A with one of the founders of Teak Hardwoods, Mike Cobb. Mike & co. started Teak from the ground up back in 1999 in the Darién province of Panama and in this interview, he gave us insights into the history of Teak Hardwood. If you found yourself wondering how someone decides to start a timber plantation and why others invested in Teak, this is what we have delved into during our time together. 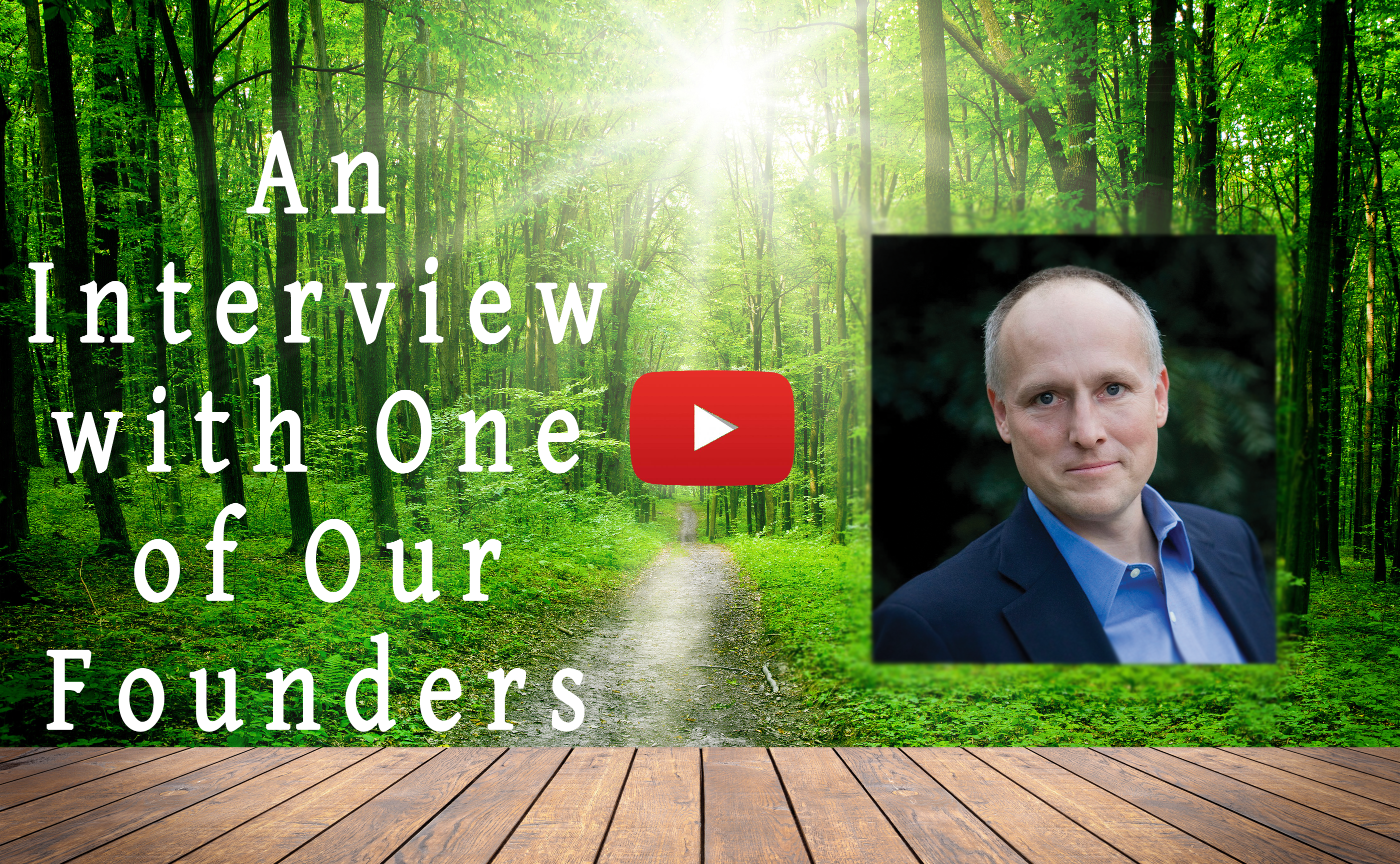 When did it all start?

In 1998 Mike, his business partner, and four others started looking into this whole idea of Teak Hardwood. Early research included reading publications concerning new reforestation incentives in Panama and particularly teak trees as an investment. Mike and the group made trips back and forth to Panama to look at potential farms and interview forestry management companies to develop their investment strategy with industry knowledge from experts. In-depth research and planning were necessary, not only because the yields were based on a 25-year harvest cycle but also because of the nurturing teak required during those years to produce quality timber.

Mike spent couple days himself at the Library of Congress going through magazines and periodicals, learning all he could about teak plantations. He mentioned books he found from the 1920s that outline teak plantations as the British had been doing so in South East Asia for almost 300 years at that point. Once they were satisfied through all their collective research the plantation was started. Soon after, in 1999 a forestry management company based out of Panama, GeoForestal, was hired, a piece of land with the requirements for teak was found, and the 1st 100 acres were planted in July of that year.

Mike recalls when he returned home and told people in his communities about his big project in Panama, he was teased for the absurdity of it all, planting a forest and waiting 25 years for a return. While many might have been discouraged by this sort of reaction, Mike stood by his decision from the start, always answering: “In 25 years I’ll either need this money and be really glad I did this, or in 25 years I’m not going to need the money and I’m going to be really glad I did this”. Even decades later, his answer still remains true. Mike and his cohorts are still planting more teak at a rate of about 15-20 acres per year for the past 5 years and expanding in other properties in the Central American region. His plan worked. Now his first farm is almost ready to harvest, with other plantations following closely behind.

I was truly amazed by the research that went into every step of the process and I commended Mike for it but he reminded me that it is not a fruit of only his labor, but rather the knowledge and hard work of others that were also needed to bring the entire plan to fruition. Mike saw that his success came from a humble approach and accepted that he did not know everything about the process but took the time to plan and involved others with expert knowledge such as GeoForestal, which was more than necessary for the success of it all. He admitted that yes, he has learned quite a bit during the whole process, but in the end the more he learns, the less he knows, and he embraces that wholeheartedly.

Why include investments from others?

I was curious why Mike and his partners decided to include others in the plantations. Why sell parcels to others instead of keeping it all to themselves which could make them more money individually? Historically it has been the largest institutions, the big hedge funds, and the Ted Turners of the world who invested in timber. These were the groups of people that could fathom 25 years into the future, which can be hard for others who do not fall under these categories. With this said, the main reason was to bring the investment of timber to a larger demographic. If you are not part of the uber rich you can tend to think more short term out of habit or out of necessity. You are getting paid every 2 weeks and paying rent every month; you are seeing the money go in and out of your account on a short-term cycle. For Mike, if he could just bring it to the everyday investor’s attention that 25 years will come, that in fact it can come 3 times in one’ lifetime, then the everyday person can have a chance at the returns that use to be reserved for the top 1%. 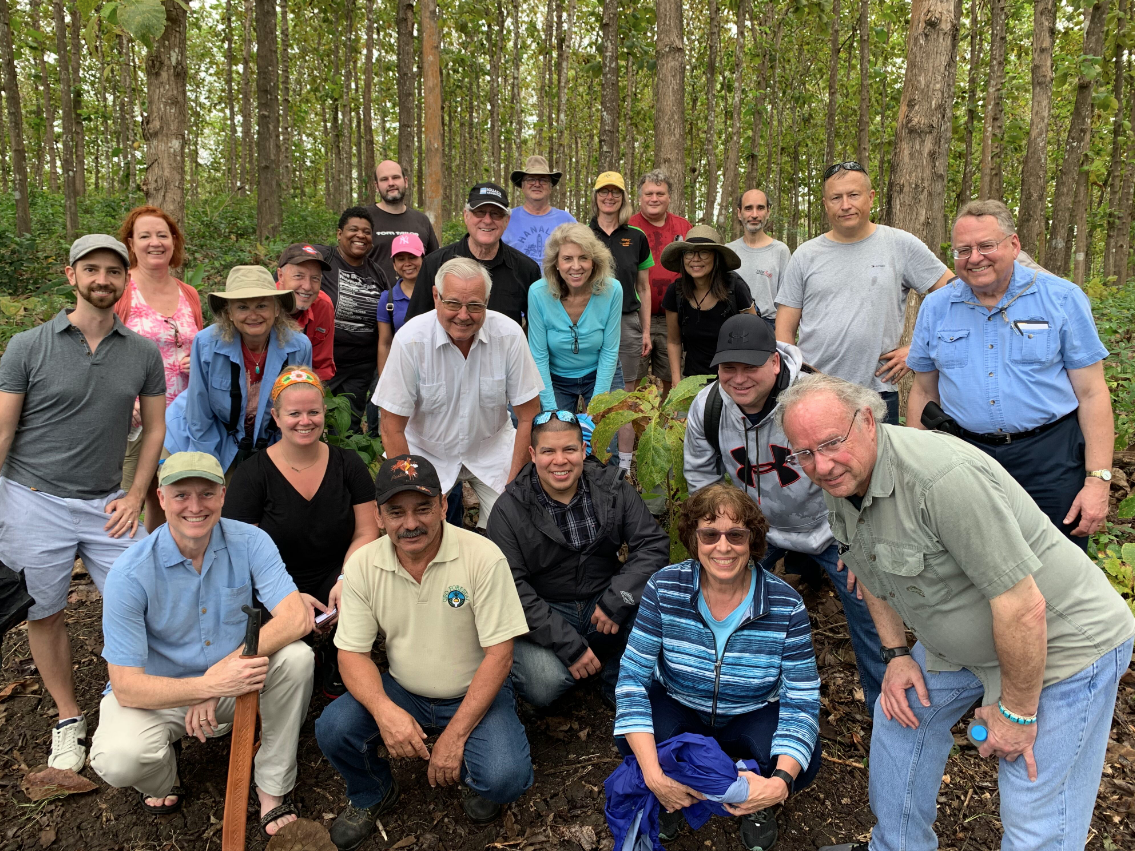 Generational wealth stewardship as a factor

This idea of generational wealth has been another one that has been used to the fullest by the richest in the world, but Mike saw that there was merit and importance for the everyday person as well. Many people at all levels of life have investments in stocks and the likes, but the question becomes how does one ensure that this investment will continue to be there for generations to come?

The integration of a residency program

Shortly after the company started up and the 100 acres of teak had been planted, the Panamanian government came up with a program called the Special Nations Visa, which led to Teak Hardwoods being able to provide more than just generational wealth stewardship as a benefit. The Special Nations Visa provided a way to obtain a second residency through investment in Panama. This immediately caught Mike’s attention and he knew that this was another perfect benefit for the investors he had in mind who were concerned about their future.

So that I could grasp a basic reasoning as to why a second residency, or a contingency plan, might be necessary in one’s life, Mike brought us back to times of war and worldwide conflict. Throughout history, during wartime situations, if you wanted to leave a situation that was dangerous or unfavorable, individuals have needed a second residency. This second residency made it so that you could control your life and would not have to be at the whims of a government that you may not trust. It is a simple enough reason, but it has quite a bit of merit to it.

This residency program that Panama brought into fruition was made to be simple for those wanting to partake. The basics of it are that to get a permanent residency, you need to make a $10,000 investment in Panamanian property, pay $5,000 in legal fees, and only visit the country 1 day every 2 years. In comparison to other residency programs that Mike had researched, this was by far one of simplest and one of the most maintainable.

Who should be buying it?

After Mike explained the reasons why and how he had wanted to make teak an obtainable investment for all I wondered, just who has ended up investing? Is there a certain demographic that is seemingly more interested than any other? After decades of working in the industry Mike said that he cannot necessarily pinpoint a certain demographic of people who are the main investors, rather it is those who think long-term. He said that they have seen people in their 90s buying teak for their grand-kids, while there was also been those in their 20s who are buying it because they know they will see that money again. People of the millennial generation have used what they made early on in bitcoin to buy teak to make that initial bitcoin investment even larger 25 years down the line. The only qualifying factor that identifies who will decide to own teak is that the individual has a real sense of foresight; those who understand that though it is far away, 25 years will come!

The safety of investing in teak

At the end of it all, the demand for teak as a commodity has been around for at least 350 years. The price has gone up by 5% a year for the past 100 years. By planting teak every year, Mike and his partners are ensuring that they will always have teak coming into the marketplace. The demand does not have a sign of stopping any time soon, or in general for that matter. Mike was able to create a system so that those investing in this arena do not have to be part of the top 1%, rather anyone with $7,000 is able to invest for their own future or for that of their families.

Teak And The Question Of Sustainability

Investing For The Future

Nicaragua is a Potential Market for Investors

Leave a reply Click here to cancel the reply